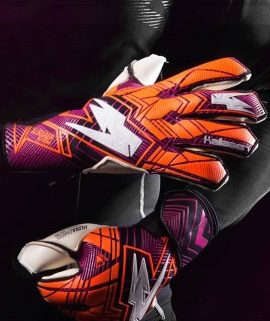 Rising Stars of Africa are happy to announce their continued partnership with Kaliaaer, formally known as KA Goalkeeping.

Kaliaaer is a top-quality glove brand based in Scotland, which is owned by Kenneth (Kenny) Arthur. Kenny is a Scottish former professional footballer and is currently goalkeeping coach of Partick Thistle. He played from 1996 to 2015 and represented Partick Thistle, Accrington Stanley, Rochdale, Grimsby Town, Gainsborough Trinity, Airdrie United and Annan Athletic.

Academy Ambassador Amber Browne has worked closely with Kenny over the years to maintain and grow this partnership. Kenny first agreed to partner with Rising Stars of Africa in 2016 and the partnership has continued to grow.

Everyone at RSA would like to thank Kenny for his continued support! Without the partnership with Kaliaaer our keepers wouldn’t be able to perform at their highest abilities.

RSA Introduces Its First Girl Scholarship Programme In The US.