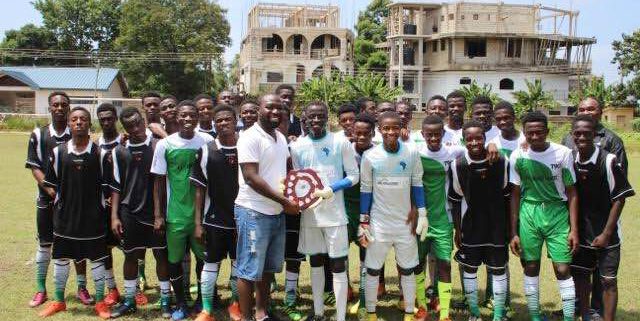 Every year, one scholar will receive this prestigious award for showing great character, excelling in education and working hard in all aspects of their life. These are key areas that Robert focused on whilst working at the Academy. A special shield has been designed to have all the award winners name engraved on them every year. The 2017 award was presented to Gershon Kotey by our UK Trustee Member and Chairman Richard Weal during a match day which the Stars won by 3 goals.

The first edition of this award was proudly sponsored by one of our trustees in the UK who also serves as the Chairman of the Board, Richard Weal. Gershon received a cash prize of 500 Cedis towards his educational materials for school and also had his name engraved on the Shield.