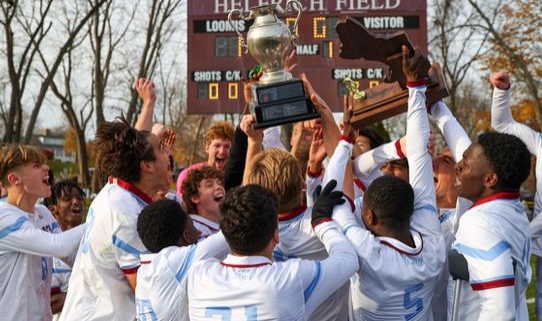 The New England Boys Prep School has come to an end with Northfield Mount Hermon and South Kent School winning the Class A and B Championship respectively for the 2021 Season.

RSA Scholars are delighted to be part of the process and helping both schools to secure both titles respectively. Nicholas Dwamena who recently joined NMH scored the winning goal in the semi finals to secure the finals after which NHM won the title in a penalty kick shootout against Taft school.

Another RSA Scholar, Augustin Boadi who has committed to Boston College next year was also instrumental in their title win.

Congratulations to coach Jim Burstein of NMH and Owen Finberg of South Kent for securing titles for both Schools.